Met remembers victims of the Holocaust

The Met commemorated the Holocaust Memorial Day on Monday, 27 January 2014 with an event organised by the Jewish Police Association at the Police Training Centre in Hendon. 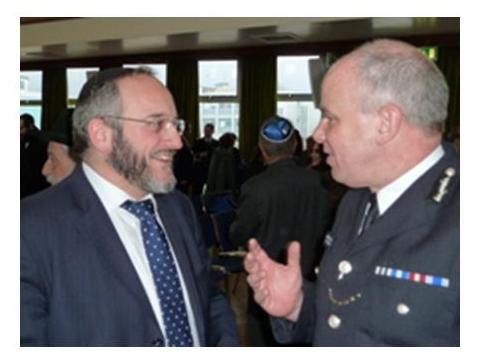 In keeping with this year’s theme of Journeys, Rabbi Jonathan Wittenberg described the lessons learnt on his walk from his grandfather’s synagogue to his own synagogue in North London. Rabbi Naftali Schiff led the memorial prayer, and talked of his experience when his own synagogue was vandalised in a hate crime.

Music was provided by the choir of Hasmonean Primary School. Pupils from Yavneh College described the impact on them of their recent visit to Poland.