Mrs Olga Hoffman, a Holocaust survivor aged 88, talked about her life and experiences in Auschwitz to Police Officers, staff and guests at New Scotland Yard on Wednesday 27 June. The audience of over 100 people was deeply affected by her direct testimony about her early life in Hungary, the rise of antisemitism, the move to the ghetto and the cruelly degrading experiences of being in the Camp. Many of them took the opportunity to chat to her informally afterwards.

The event was organised by Greenwich Borough with the assistance and support of the Jewish Police Association (JPA). It was further supported by Mr Chuni Kahan, who organises day long educational visits to Auschwitz. Commander Peter Terry thanked the participants. Chief Superintendent Richard Wood, Borough Commander for Greenwich also attended.

Mrs Hoffman said: “I am a survivor in my body but in my mind there is never a night when I don’t think of my mother holding the hands of two little children and waiting to die.” 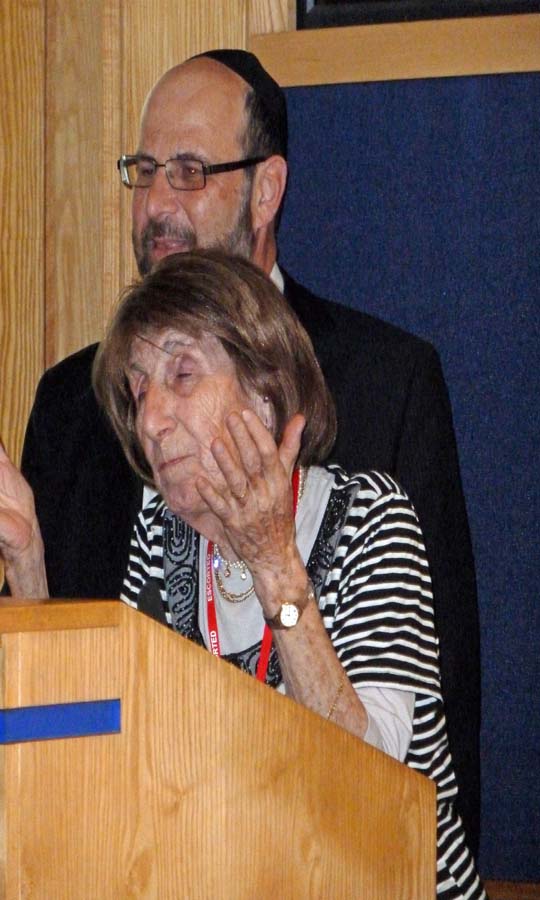 One attendee said: ‘”We have been fortunate enough today to have had the opportunity to hear first-hand an account from an Auschwitz concentration camp survivor. In a dark period of history, where millions of innocent men, women and children from the Jewish community lost their lives in the ‘death camps’, it is a remarkable testament to Olga Hoffman that she was able to stand in front of us today 70 years on and share her experiences with us.”

Mat Shaer, chair of the JPA, said: “We were delighted to support this event and help more people within the MPS learn first-hand about the Holocaust.”