The Metropolitan Police Service and the Jewish Police Association commemorated Holocaust Memorial Day with an event at the Police Training Centre in Hendon.
Over a hundred staff, officers and guests attended. Six candles in memory of the six million were lit by guests including the Mayor of Barnet, Anthony Finn, and the heads of the Muslim, Sikh, Hindu and Christian staff associations. A seventh candle was lit by the head of the Disabled staff association to remember the other communities affected by the Holocaust and the subsequent genocides in Cambodia, Bosnia, Rwanda and Darfur.
Rabbi Barry Marcus led the memorial prayer and gave the keynote address. Commander Simon Pountain gave the keynote reply.
Music was provided by the choir of Hasmonean Primary School.
A video from the Holocaust Memorial Day Trust reminded the audience of the theme of this year’s event, the Untold Stories of the Holocaust and genocides.
The audience was honoured to have present Holocaust survivors, survivors from the Kinder Transport and children and descendants of the Holocaust.
Pupils from Immanuel College read extracts from the diaries they completed during their recent visit to Poland. 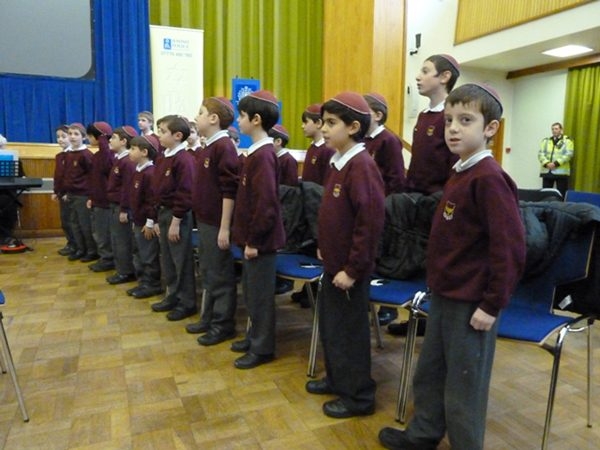