The JPA annual Chanukah event attracted a large crowd of members, senior police officers and invited guests to Scotland Yard. All those that attended were treated to a fine display of food, drink and klezmer music set in one of the world’s most iconic buildings.

The candle lighting was conducted by JPA Chaplain, Rabbi Geoffrey Shisler and representatives from the community were invited to light them, including Dr Arnold Phelops (AJEX), Rabbi Kurt Stern MBE and Rabbi Herschel Gluck. Rabbi Dr Jonathan Romain, JPA Chaplain helped explain to the audience the meaning of Chanukah.

The JPA Chair, Mathew Shaer, spoke about the work of the Association over the last twelve months and how it complimented so much of the effort of other individuals and organisations represented at the event.

Representing the Met Police, the JPA were delighted to have Commander Stephen Rodhouse present and say just how valuable the the JPA are considered by the Met and how appreciated its work is. 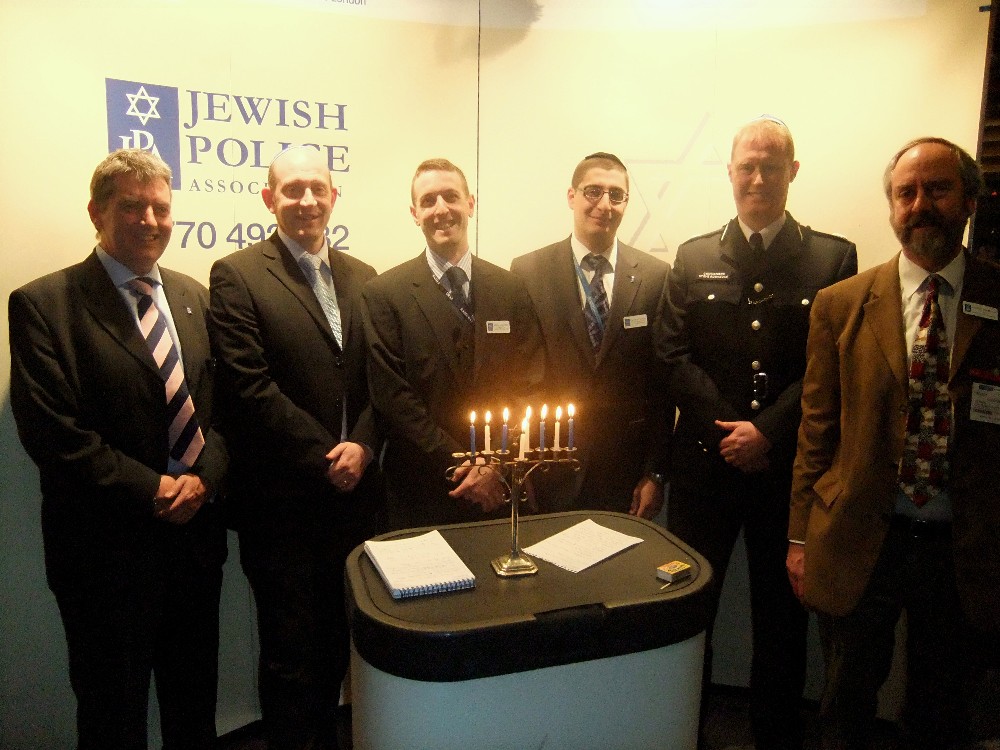